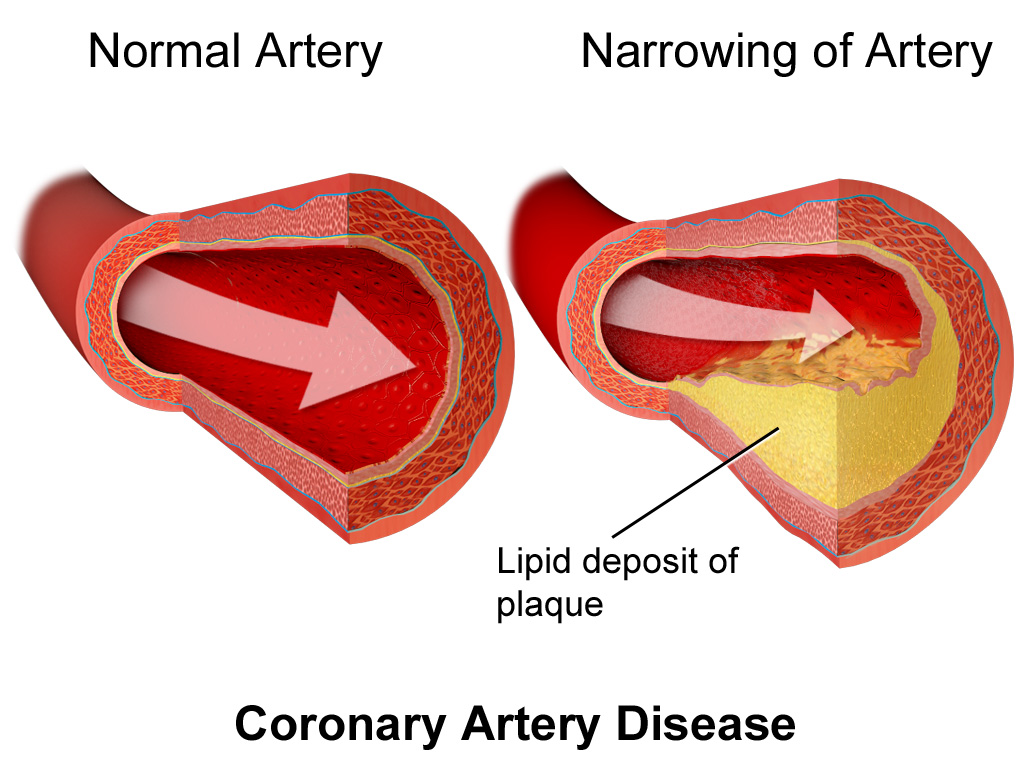 Cardiovascular disease (CVD) is the leading cause of death worldwide.

This is a tragedy because many of these deaths could have easily been prevented by simple changes to one’s diet and lifestyle.

Currently, the standard of care for a patient who is showing signs and symptoms of heart disease is a fairly aggressive treatment of drugs, with little attention given to diet and exercise.

This treatment plan can be summarized by the acronym ABCDE. Lets examine what each of these letters represent and the possible alternatives for each.

The most common form of anti-platelet therapy currently prescribed is aspirin. Aspirin thins the blood and prevents platelets from clumping together. This prevents clots from forming and thus decreases risk of heart attack and stroke.

In more serious cases, stronger drugs such as Plavix might be used.

The danger with these drugs is that they can cause serious side-effects. Aspirin causes gastric bleeding and can lead to ulcers if used over a period of time, while Plavix can cause hemorrhaging.

Fish oil (omega-3) is one of the best agents for thinning the blood and making it less sticky. It is ideal to use vitamin E along with omega-3 supplementation, as vitamin E has both an anti-clotting effect as well as protecting the volatile fish oils from oxidizing in the body. Long-chain saturated fats and excessive cholesterol have the opposite effect and should thus be consumed in moderation.

Picture this…what if you had 2 hoses. One hose has a pressure control nozzle at the end and the other has nothing and flows freely. Which hose do you think would wear out quicker? Obviously the one with the nozzle. This is because there is more pressure against the walls of the hose. Everyone has seen a hose buckle out. It usually takes a large amount of duct tape to try and fix it, but it’s usually too late.

Our blood vessels are very similar to a hose. They can only take a certain amount of wear and tear before they fail us. This is why high blood pressure can be so damaging.

We have an internal repair system to maintain the integrity of the blood vessels. This system uses a very effective patching material called cholesterol (more on this in Part 2).

The two classes of drugs that are used to bring down blood pressure are ACE inhibitors and Beta-blockers. Some of the side-effects associated with using these drugs are dizziness, fatigue, weakness, headaches, and persistent dry cough. They may exacerbate depressive symptoms, cause erectile dysfunction, and are associated with sleep disturbances, fatigue and lethargy.

A low-glycemic plant-based, whole-food diet with minimal processed food is a sure way of maintaining a low blood pressure.

The most influential factor in most people with hypertension is the overconsumption of refined salt. Most people don’t realize that it’s not the salt on the table that they have to avoid, but the the salt in processed foods that really makes a difference.

Processed food accounts for about 70% of human salt consumption. It’s used to enhance flavour and to stimulate “I bet you can’t eat just one” behaviour.

Two foods that have been shown to be highly effective at bringing down blood pressure are garlic and onions. These should be consumed daily to realize their therapeutic effect.

To get the most out of any vegetable from the Allium family (onions, shallots, garlic, chives, leek), chop it up and let it sit for about 10 minutes. This allows key components of the vegetable to be activated, and therefore the therapeutic potency is greatly enhanced.

Various supplements that might be considered for their blood pressure lowering effects are magnesium, grape seed extract, pomegranate, L-arginine, and vitamin D.

Gavras I, Gavras H. ‘Volume-expanded’ hypertension: the effect of fluid overload and the role of the sympathetic nervous system in salt-dependent hypertension. J Hypertens. 2012 Jan 5.