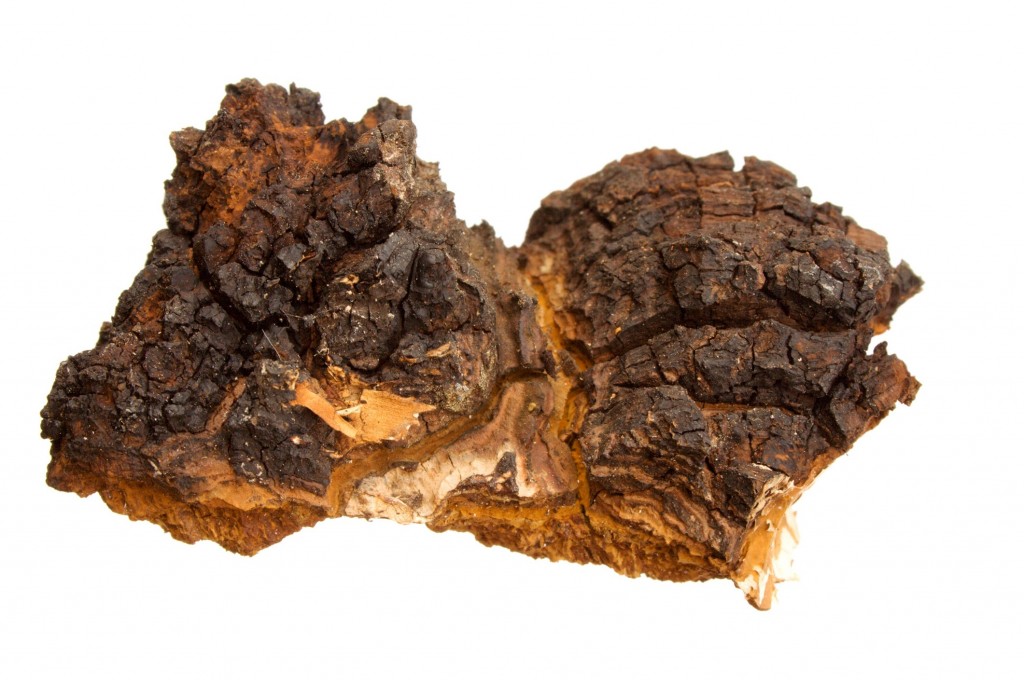 It never ceases to amaze me the amount of food and medicine all around us. Every time I learn about a new herb or plant or wild food, it starts to appear everywhere, even though it was there all along.

Recently, I was hiking the trails of northern Ontario (in Haliburton), and out of the corner of my eye I saw this crazy looking dark thing jutting out of a birch tree. Now I’ve been on the hunt for chaga for a while, but I had no idea that I was about to stumble on the discovery of a lifetime.

I approached this tumour-like thing. I looked at it and it looked at me. I still wasn’t sure if it was in fact chaga. Then peaking out from behind its charred-like exterior I saw its golden-yellowish-orange heart. Then I knew what I had found……..one of the best natural medicines for the immune system.

It has traditionally been used to treat lung and stomach cancers, as well as other ailments (but not limited to) such as ulcers, colitis, gastritis, and other inflammatory conditions. It has also been shown to halt HIV replication.

Coming up in part 2 and part 3, I’ll be discussing the different ways to process chaga and I’ll be making a chaga mushroom extract.

Remember, it doesn’t work if you don’t’ take it.

The Great Lie About Dairy

Why You Have Acid Reflux and…